The high prosperity of the polyurethane industry is expected to continue

It is not just the steering wheel that affects the driving experience, but also the steering column top switch module that connects the steering wheel to the control unit. French automotive supplier Valeo has developed a new steering column top switch module: its housing and rocker are made of BASF's engineering plastics Ultramid® (PA: polyamide) and Ultradur® (PBT: polybutylene terephthalate) ), which is about 20% lighter than the previous product, and has the advantages of excellent surface quality, UV resistance, and excellent physical properties. This module is already used by the BMW Group for rear-wheel drive models from the 3 Series to the 7 Series.

The high prosperity of the polyurethane industry is expected to continue

Humans are desperately trying to make plastics, but they don't know how to dispose of them. Humans can't live without plastics in their daily lives, but they talk about the discoloration of waste plastics. Today, the fate of plastic waste is dire, with the results showing that most of the plastic currently ends up in landfills or the natural environment. The largest market for plastics is packaging, and in high- and middle-income countries the proportion of plastics in MSW increased from less than 1% in 1960 to more than 10% in 2005. A new study shows that in the next 30 years, people will produce four times as much plastic waste as they do now.

LyondellBasell, a new product in the field of non-woven fabrics, a belated sharing, welcome to know!

In July, the Twinleaf team was invited to visit LYB Suzhou factory and participated in the non-woven field training session organized by LYB, thank you for the careful arrangement;

Vistamaxx™ 8880 is a special kind of polyolefin elastomer products produced by ExxonMobil's unique metallocene catalysis technology. It is also an elastomer with isotactic polypropylene as the main chain and vinyl is introduced, the difference is that it has an ultra-high melt index (>15000). Therefore, the 8880 brings many key features to related industries. 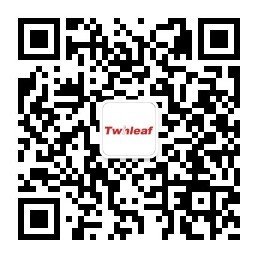